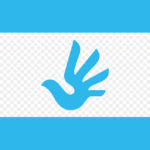 Human rights, democracy and the rule of law principle are some of the European Union’s (EU) core values. They were embedded in the original treaty and have since been strengthened by the adoption of a charter on fundamental rights. Countries seeking membership of the EU must respect human rights, as must countries that enter into trade agreements and other agreements with the EU. However, the EU is anxious to interfere with domestic issues in non-member countries.

Just like the UN, the European Union considers human rights to be universal and indivisible. A proactive effort is therefore being made in Europe and in a number of developing countries in Asia, Africa and the Middle East to promote and defend them. The EUs human rights policy is focused around civil, political, economic, social and cultural rights. This involves promoting the rights of women and children as well as ensuring the rights of minorities and of displaced persons.

The EU and the world

In order to promote human rights across the world, the EU funds the European Instrument for Democracy and Human Rights. Its budget is EUR 1.1 billion for the period 2007–2013. The work to promote respect for human rights and democracy can be divided into four key areas:

In addition to these focus areas the EU is working with other organisations dedicated to defending human rights, such as the UN, the International Red Cross, the Council of Europe and the Organization for Security and Co-operation in Europe.

When the EU enters into trade agreements with countries outside the EU they contain a clause stating that observing human rights is a key element in the relationship between the parties. More than 120 such agreements have been entered into so far. The most extensive of them is the Cotonou Agreement – a trade and aid partnership between the EU and 78 developing countries in Africa, the Caribbean and the Pacific (the ACP countries).

Progress and Daphne are two EU programmes supporting a range of activities designed to combat racism and xenophobia within own borders. Almost a quarter of the Progress programme’s total budget of EUR 743 million in the period 2007–2013 is being spent on combating discrimination. The EU has also set up an agency for fundamental rights ( FRA – the European Union Agency for Fundamental Rights).

FRA helps ensure that these fundamental values are respected. It offers assistance and expertise to member countries and EU agencies on the implementation of EU legislation on fundamental rights. Lastly, the EU is also working to stop human trafficking, especially of women and children.

PrevPreviousWelcome
NextJob search & how to get the jobNext